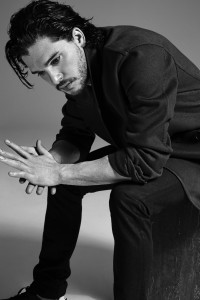 Dancing light played upon the walls before them. Warmth radiating outwards as the flames consumed the logs and while the wind roared past outside, inside Naomi was content and unafraid.

Curled up upon her grandfathers lap, her head pressed against his chest as she played with the ankh he wore. She smiled, it was such a pretty thing and Va’lis had promised her one of her very own when she was older.

They had been this way for the past hour, the only movement was her own as she switched to a new spot and struggled to stay awake. Isonu and Venora had taken Yukina to speak with some important person in Tokuno. Luckily, she grinned to herself, she had managed to get Va’lis to come by and watch her.

Studying his face always made her wonder for at times it was hard and cold as stone, and others it was soft and gentle towards her. She was glad he was safe, but she also knew he could take care of himself. He was strong, stronger than Isonu and she knew her father trained for hours on end every day.

Yet she also knew her grandfather was not the strongest, she could see the mark on his neck that mirrored her own. Something had happened and whenever she asked Isonu or Aunt Merida, both would get a strange sad look in their eyes and look away. Always saying that it wasn’t something she should worry about. Her eyes studied the mark further and slowly she raised her hand, the fingertips brushing across it lightly.

“Sofu…What happened to your neck? Were you hurt like me?” She wanted to know. HAD to know. Then she could get strong like him and be able to protect others like Aunt Yuki did.

Va’lis glanced down towards her, a puzzled expression upon his face. “Hurt like you?”

Nodding, she touched her own scar and his eyes hardened briefly. She saw it and held him tighter. She knew deep down he hated people for hurting her. It had been a few nights after Isonu was recovered that she had overhead a small group of her family talking. Va’lis had wanted to go out and make those who touched her pay… She knew he’d always protect her.

A sigh escaped his lips however, his body shifting smoothly to lean further back agains the couch. Giggling, she kissed his check while getting more comfortable. She knew how to get this story.

“Please tell me? Pleeeeease? I wanna know. If you tell me I promise to look at the books you brought me.” That did the trick, she saw it instantly. He was pushing her to learn magic but… Not that she knew of it herself, but she had far too much of her birth parents in her. Xanthus had been a master of the blade and stealth, while Xuri the bow. Neither had given her the traits to be the mage her grandfather so wanted.

“I would have to start at the very beginning sweet one, back when I was just a child myself.”
Her eyes widened, the family that came over often complained that it was impossible to get anything of his past from him. Only Pandora and Cherry knew most of it.

“If I tell you…Will you go to sleep afterwards?”
“Yes! I promise! BUUUUT, NO making it less scary if it is!”

Groaning about the pushiness of children he rubbed his face. Naomi would be the death of him with her capability of getting him to do anything.

“Alright Naomi…Alright. It was years and years ago…Centuries really. I was but a small child when my love of magic first began. I was guided into it not by any teacher, but by my own mother…”